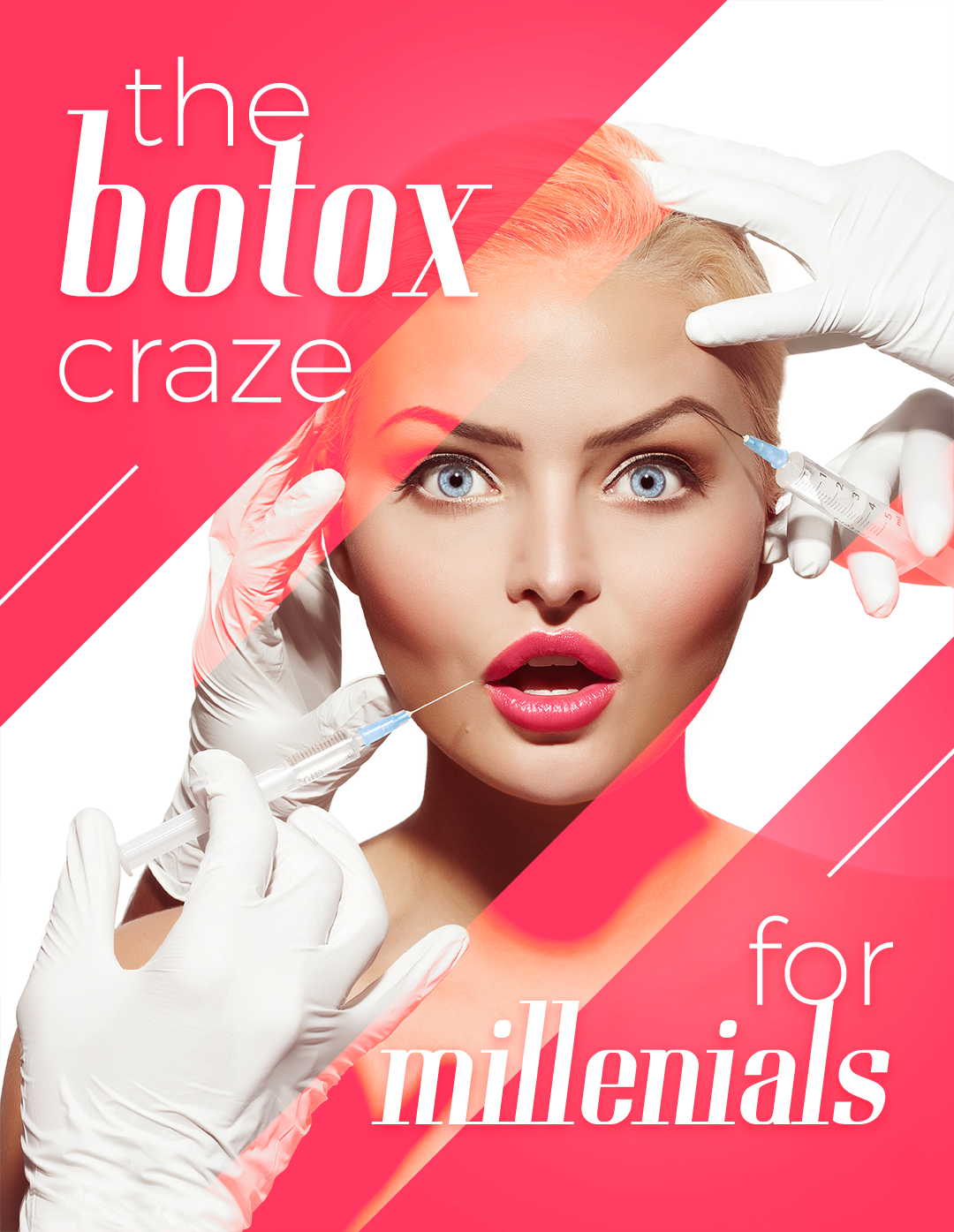 Did you know that the fastest growing number of people interested in anti-aging treatments is the Millennials? This is the generation that was born between the early 80’s to the beginning of 2000, which makes them approximately 18-34 years old. Their numbers are inching up towards a whopping 75 million people in the United States alone. They will end up overtaking the Baby Boomers this year in the sheer volume of them.

So even though you might think this generation is too young for plastic surgery and dermatology procedures, they are quickly becoming “Generation Botox” for the vast amount of them getting dermal fillers and other anti-aging procedures at their doctor’s offices, like Botox. Their motto seems to be “it’s never too young to start“.

You might wonder why this generation is so self obsessed with appearance? It’s easy to pinpoint that the Millennial generation grew up in a technology savvy arena, coined the phrase “selfie”, and spend a good portion of their day on social media. Naturally that they feel like appearances are of the utmost importance in their lives.

Raised by a bunch of “helicopter parents” mostly of the Gen X ages (35-50), they were the ones who growing up were taught that everyone deserves a trophy. Just show up to be a winner. They didn’t have to stand up for anything, since they got rewarded just for being there. They were fawned over, spoiled, and fussed on. Overall, the Millennials were handled like precious cargo growing up, which in turn makes for some vain adults. They want to do everything in their power to look their best, even if it meant submitting to expensive dermatological treatments, such as Botox. 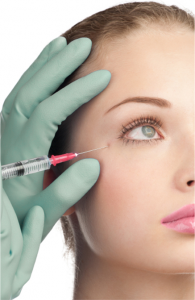 Botox is botulinum toxin, that when used cosmetically injected into the surface area of the skin, it helps to freeze the muscles underneath. This was approved by the FDA for cosmetic use in 2002. It helps to relax the muscle making the fine line or wrinkle above it appear less noticeable.

Some doctors say that starting early in your twenties can train the muscles to not produce the wrinkle in the first place, since you are limiting its motion. This theory is still up for debate, but many Millennials subscribe to it. Plus, many doctors who are happy to expand their list of patients are more than willing to tout its benefits, even to a younger generation that might not even need it yet. It can be used around the mouth, forehead, between the brows (glabellar lines), and around the delicate eye area.

This theory is still up for debate, but many Millennials subscribe to it. Plus, many doctors who are happy to expand their list of patients are more than willing to tout its benefits, even to a younger generation that might not even need it yet. It can be used around the mouth, forehead, between the brows (glabellar lines), and around the delicate eye area.

Our skin ages for a number of reasons other than genetics alone. 80 percent of aging is due to things in the environment that affect us such as sun damage, pollution, and stressors such as smoking or unhealthy eating habits. One of the biggest factors in Millennials showing early signs of aging is due to excessive tanning. This is either outside in the sun without sun protection, or in one of the many tanning beds in salons around the country.

That’s why Millennials are noticing aging showing up on their skin much earlier than they would like, due to sun damage. It’s true. When you look at the skin of a 34-year-old woman who used proper sun protection, and never stepped foot in a tanning bed, her skin is dramatically better than one who didn’t think about the dangers of the tanning bed. When she was getting tan every week as a teenager or young adult she didn’t consider the consequences. That weekly tanning might have felt good at the time, but has put that person’s skin at a severe disadvantage.

That’s why the twenty-somethings are heading off aging at the pass by seeing their doctors early. They want to naturally present the best versions of themselves to the world with the prevalence of social media.

It’s not unusual for some of these Millennials to post multiple pictures of themselves each day in various poses to show off a workout outfit, or just smiling for the camera saying “look at me!” They want to be validated off their appearance alone by getting many “likes” on social media through Facebook, Instagram, and Twitter.

Sure it’s shallow, but every “like” makes them feel good inside. Should they be looking to other things like their own accomplishments to feel validation? Yes, of course. But sadly it seems like how you look trumps everything else.

One Reason In Particular

Reality television might be partially to blame. For the Millennial Generation, reality television has been around their entire lives. The Real World on MTV premiered back in 1992, which showcased the lives of “a true story of seven people, picked to live in a house and have their lives taped.” It was supposed to show how the average young adult lived, but it influenced an entire generation of young people to want to be “camera ready” at all times. It also proved that you didn’t have to actually be known for anything to become famous. 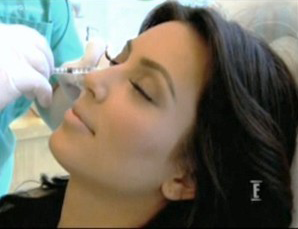 Kim Kardashian, getting a Botox injection, on an episode of her reality show, Keeping Up With the Kardashians

This idea really came to fruition, with the coming of the Kardashians, on their hit television show on the “E” entertainment channel. Kim, Khloe, Kourtney, and the rest of them came into Millennials lives in 2007, showing that the most important things in life where looking good, and having money.

Kim Kardashian is like the poster child for the Millennial generation. She’s been shown numerous times on the show getting various procedures done to improve her already gorgeous appearance, including getting Botox done on filmed television. Plus, at the time she was only 29-years-old! She was already bothered by the lines around her eyes.

Any rational person would look at a 29-year-old and ask “what lines?” To Millennials though, it doesn’t matter. Even the idea of an imperfect look is enough to send them scurrying to the doctor chair to get shot up with a variety of Botox, and other dermal fillers like Restylane or Juvederm. So it seems the Botox craze for the Millennials is here to stay, only growing more accepted as they get older.